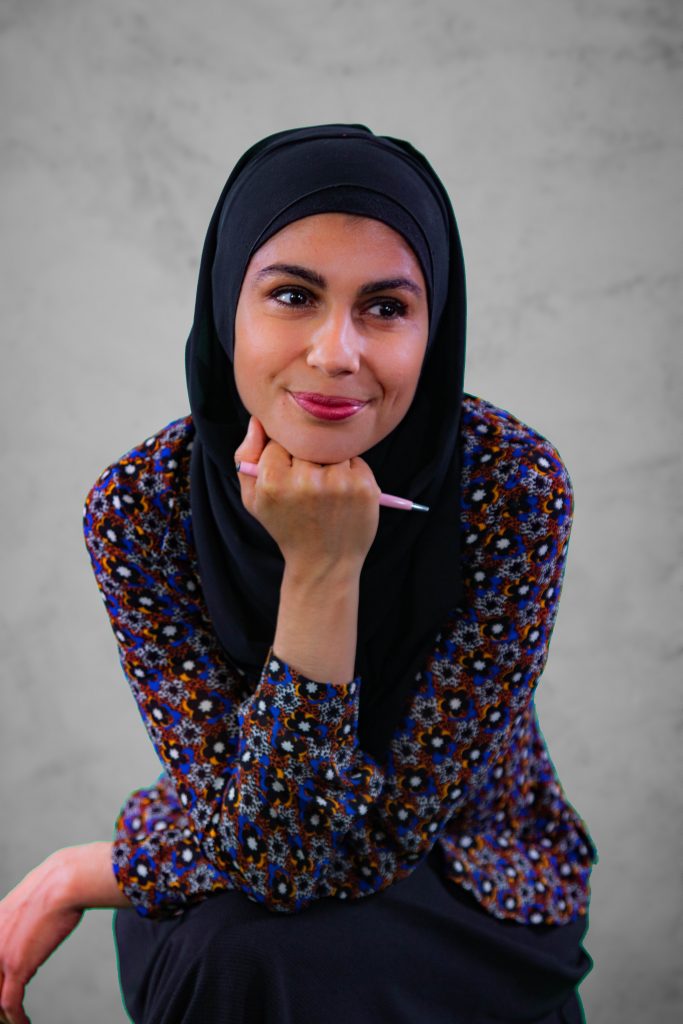 Huda enjoys exploring themes of being Australian, Muslim and a little bit mischievous.

When Huda Was Small…

Huda’s family moved to Perth from Adelaide when she was two. Her older brothers and sisters remember that on the trip over, Huda caused mischief with some new small friends on the plane. Then she spilled orange juice all over herself.

She grew up in Perth with her mum, dad and six siblings – she’s the second youngest. Her little brother Raheed, who is the baby of the family, has Down Syndrome. He is the glue and the happiness that keeps the Hayeks stuck together.

Huda’s parents had a milk bar attached to their house and a young Huda used this opportunity to stash a steady supply of gobstoppers, bubble gum and lollies in her secret hiding spot under the fridge – for her use only.

She went to an Islamic school for her early primary years, then moved to a public school for the remainder of her schooling. At the beginning, Huda struggled to read and write at school. She knew she could be smart one day, but still she was moved into a separate, tiny classroom with all the cheeky boys who threw things and ran with scissors.

Huda hated books. Every time she looked at one, it seemed to tell her how dumb she was. But Huda persevered (not because she wanted to, but because there was no way out) – plus she had an awesome teacher in Year 3 who was super-kind and believed in her. Huda grew up like most other Aussie kids, except she was the only one who ate falafel rolls for lunch and whose parents came to parent-teacher nights with Middle-Eastern accents.

When Huda Grew Up…

Huda knew she wanted to be a journalist since she was in primary school, so after graduating high school she went straight into the university course of her dreams. After three years study, Huda then moved to Melbourne when she was twenty years old.

Her dad told her, “ok, journalism is great, but now go get yourself a teaching degree.” Huda didn’t listen to her parents often, but this time she did, so she went off and became a teacher. Huda taught Grade 1 kids for four years, but there was a feeling in her gut that didn’t go away. She wanted to write. She wrote little funny stories about her family that they read – and even the grumpy ones laughed. She decided, it’s time to go back to writing. Huda went off to work for the biggest newspaper company in Australia and it was interesting and challenging and exciting, but eventually she knew she had to find another way to write. A different way. A way that was about fun things all the time, not just the serious things people do in the news.

Huda had a little son by now and she started remembering some of the silly and interesting things she did when she was small. She thought maybe she could put these funny stories together somehow and she spoke to her old boss at the newspaper. He gave her some good advice about writing a book: it needs to be a story – not just funny things mashed together. Huda knew people don’t just become talented overnight, they need to work hard at it and learn all the tricks. She started doing courses to teach her to write better. How to write for kids. How to make it flow and sound nice. She met an amazing author named Kirsty Murray who encouraged her and said so many nice things she helped Huda believe she could do it.

Huda didn’t know how other writers write. She just did it her way. Usually in bed or on the couch. Huda had another baby son (this one cried more than the other one) but she stayed up late and kept writing and writing and writing. Sometimes it was hard, but she read books to encourage her (these ones didn’t make her feel stupid) and she kept talking to people who were positive and inspiring and who she looked up to. Eventually, she finished her first book. Huda sent the first chapter off to Allen and Unwin and the nice people there said, “yes, please, let us read more.” Huda sent the rest of the chapters and then they gave her more good news – “yes, we would like to publish your book.” And that’s how it all happened. 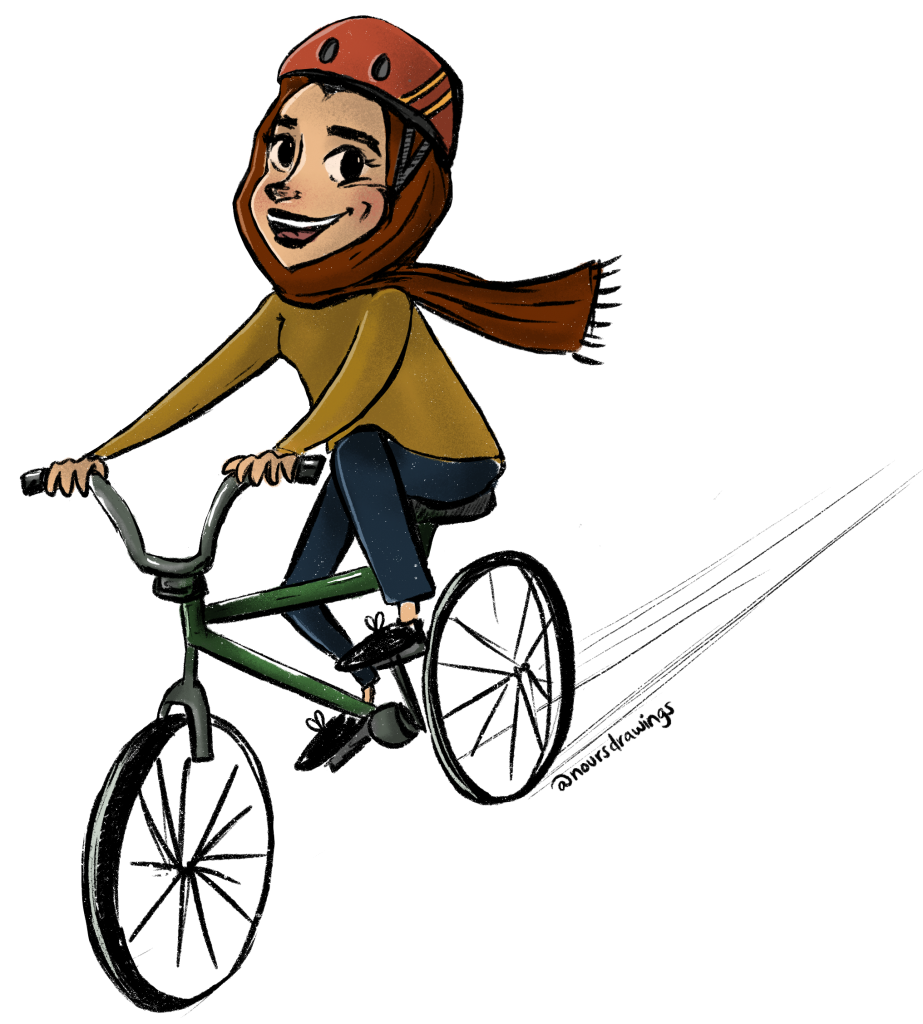